It’s a big deal when I get to wear my Star Trek outfit. I used to just wear it to the bar when seeing bands in Sudbury. It was a fun and tangy crowd. No one asked me why because the mood was all about the why not?!

Fast forward fifteen years and I get to wear the red shirt to a Gala. This time it’s all about the why.

The event is the DOXA Documentary Film Festival Gala fundraiser called Know Future. It’s a celebration and an investigation of the nexus between science fiction and science fact. It will showcase innovative documentary makers who are exploring the connection.

This is a fun Gala with brains. Organizers asked me not just to introduce the evening and the special guests and urge people to bid at the auction, they also asked me to think about the theme and offer my thoughts for ten minutes or so with John Biehler. He is a future finding man who experiences much joy and creativity in technology. I’ve interviewed him many times and will do many more I’m sure..

John is talking about and showing off his 3D printer. It’s a brave new world of design and practicality. It does not make Earl Grey tea, yet.

I brushed up on my sci fi prognostication by listening to a CBC Spark podcast featuring professor Eric Rabkin. He says the only actual invention that came directly from science fiction was Marconi’s radar. Rabkin’s criteria states the science in sci fi had to be developed to the point we knew how it worked and apparently author Hugo Gernsback did that. (Is it just me or do most people named Hugo do great things?)

The bulk of what we get from science fiction instead is inspiration and design. And Rabkin believes some of the noted authors also tapped into government documents. (Cue X-Files theme.)

We see 2001 A Space Odyssey had Skype.  We now have driver-less cars. We have hypo-spray needles. Our soma is a smart phone and some of us have better suppliers than others. (I have a Blackberry.) We have a lot of gadgets inspired by Star Trek. See my CBC story. Kudos to anyone who gets the reference in my stand-up. (That’s a hint)

Most sci fi tends to focus on the tech rather than bio-science. I don`t recall seeing anything about splicing fish genes into apples in Space 1999. But there was all that alien encounter to keep the characters busy.

My take on whether sci fi inspires real science is more a question of metaphysics than particle physics. The stuff that actually gets invented says a lot about who we are as a society and who specifically is making it. In my view the dystoptians have it right. As much as I love all the hope for a better world (once you conquer greed), we are SO not there yet.

So what gets invented is what will sell. And you can bet it won’t work all that well. If it does, you won’t need to buy another one. In this way Toffler got it wrong. I’m still angry with Alvie. I had to read everything he wrote for Mass Communications in university and I was even convinced I’d be working part time and playing tennis the rest. But he didn’t factor in “bugs” in the machine and days upon days of fighting technology just to send an email or save a set of snaps of your kids.

There will be clips shown at the Gala of a documentary about Futurist Jacque Fresco which addresses this very thing. The Technocracy movement is still moving ahead it seems. By moving I mean hoping.

And we need it. Without idealists there is no forward thinking. And without documentarists (or journalists) we wouldn’t know as much about it.

Speaking about speaking out, where’s the Babblefish? The universal translator in real life isn’t built to the spec we see on the big screen or read in the books. Bummer. But at least I get to wear a costume and dream. 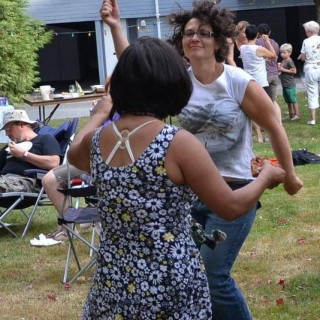 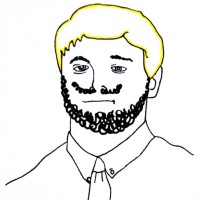